Another Steve McQueen the cat story

Steve McQueen is a cat. I've written about him before.

On or about June 21, on a warm evening, Steve and James Dean pushed out a window screen and escaped into the night. Around 1am, we heard what I thought was racoons mating; loud screeching. Lynda woke us up to discover that the cats weren't in the house. Panic ensued.

We found James in the front entrance way; his fur fluffed up to near double. We started to hunt for Steve.

The backstory here is that these two cats are always trying to escape. Steve especially. He'll try to slide out of doors, paw handles to gain entrance or exit or through himself through a plate glass window... well, he was being chased by James in that story. Midnight on a Sunday, James and Steve are wrestling, James scares Steve, Steve goes through bay window, Steve goes to surgery and gets a few stiches. Full recovery.

We hunted for Steve all night. Up and down our dark mountain roads with no luck. Started making fliers, got an account on petalarm.com which does a reverse 911 service where they call the neighbors. At daybreak after a couple of hours of sleep, we hit the roads again putting out fliers, talking to neighbors and widening the circle. We looked in our greenbelt, up the hill, over at the lady with bird feeders, woke up people who'd worked all night (Eric the Cisco engineer). No luck. 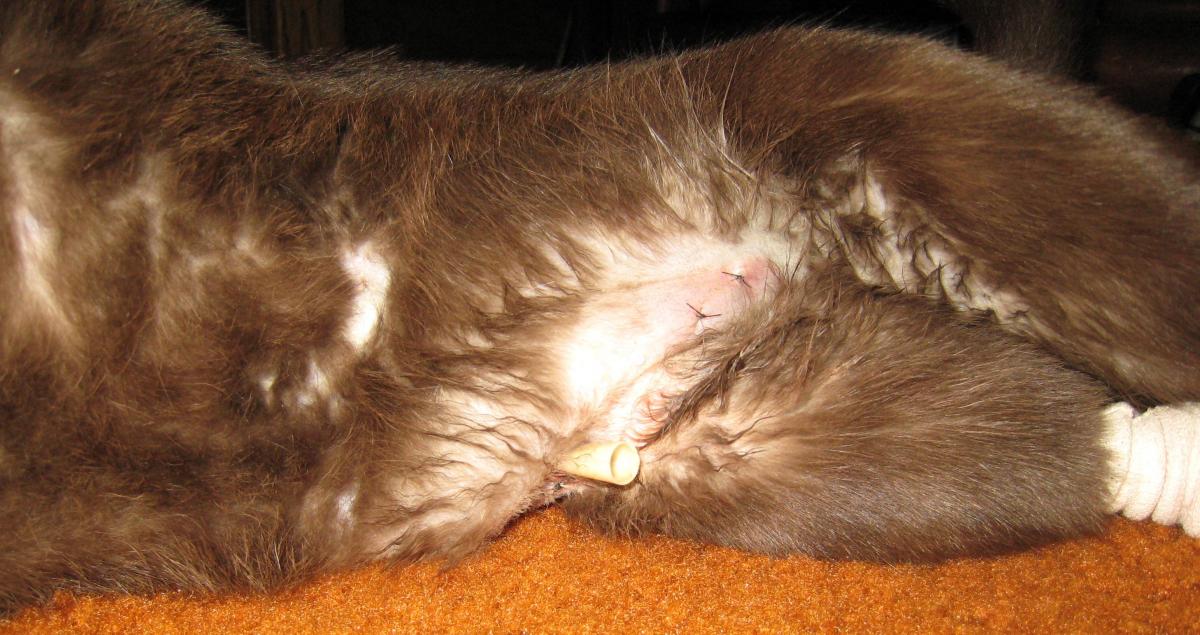 Around 2pm I was on a conference call and in swaggers Steve with a lot of the same air-of-coolness of his namesake. Yeah, that's right, I was out all night... He plopped himself in front of me, rolled on his side and showed me what appeared to be a large gash in his lower belly. We woke up Lynda and headed for the vet.

The vet did her evaluation. Based on the puncture wounds, missing claw from right rear and gash, it appears Mr. McQueen tangled with a coyote and survived. He got sewed up with a drain for the gash and lost some fur in spots that took 1-2 stiches. Lynda brought him home complete with the Elisabethean shame collar and drugs. 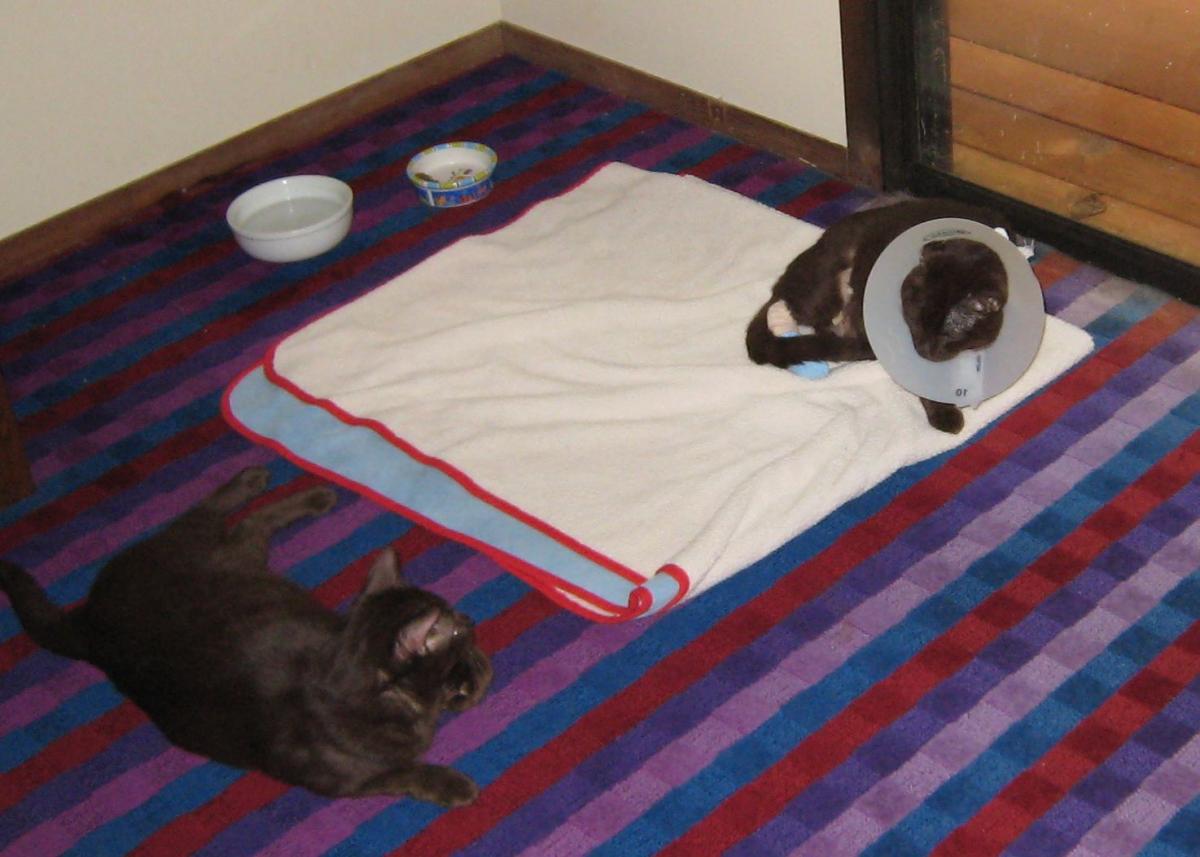 Steve looking light a flashlight as he walked around the house had some company for his recovery. 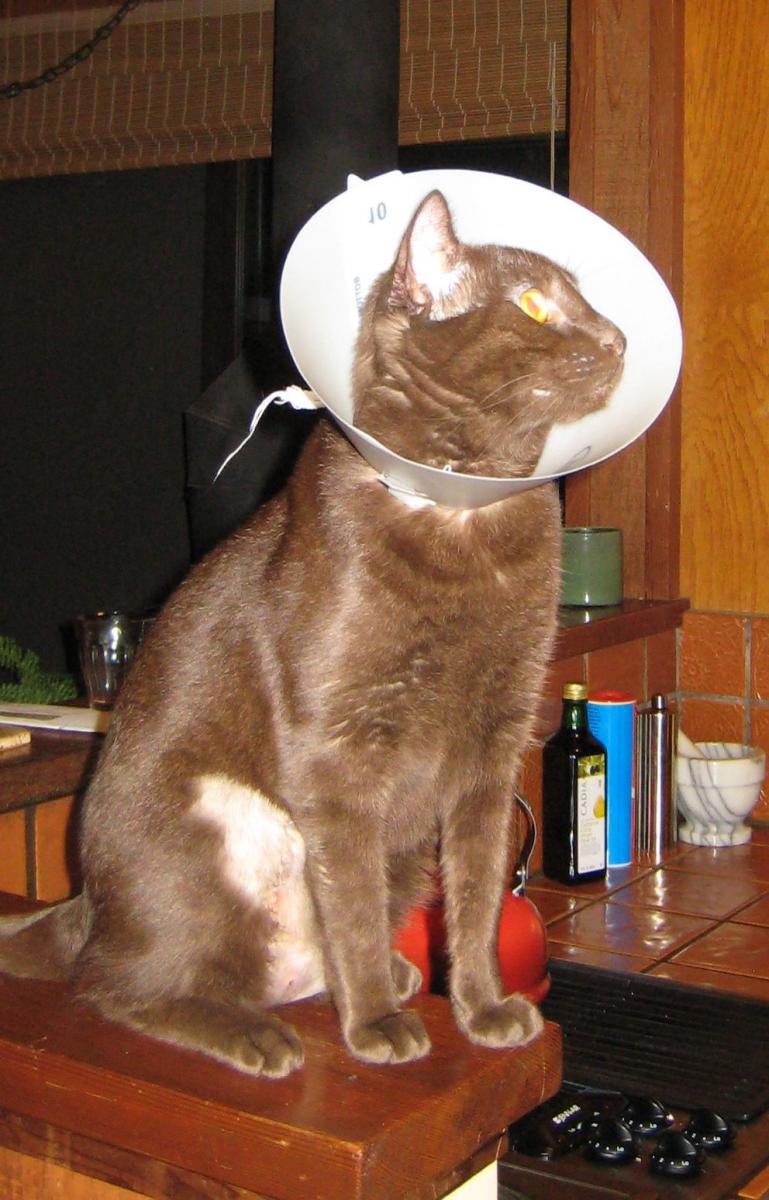 A month later and he's fully recovered. He's working the angles on his next great escape.