Steve McQueen is a Cat

Yup, we've got a cat. Four months ago, Alison found a cat and Lynda brought it home. It was found in a parking lot over at UNEX. He's healthy and very rambunctious. Lynda named him. I was going for Demon or Badkitty, but Steve has hung on. 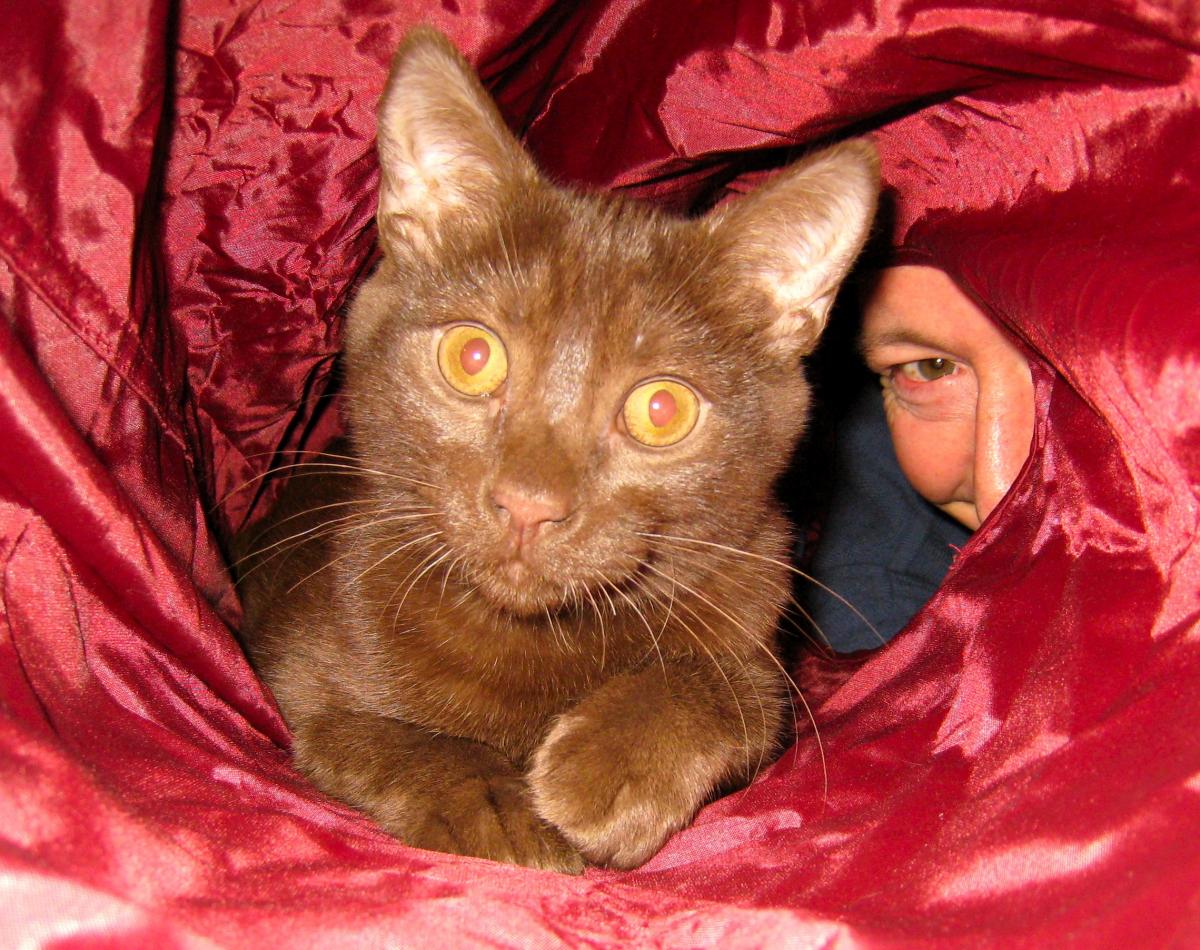 Here's a few shots of our cat Steve McQueen. He's fast and does all his own stunts. In this shot, he's been ripping through his tunnel and I'm chasing him with a camera. Cute?

Turns out Havana Browns have green eyes. His eyes still appear green in certain lighting conditions. I often just see the red of the demon, but maybe its reflection of the tube. 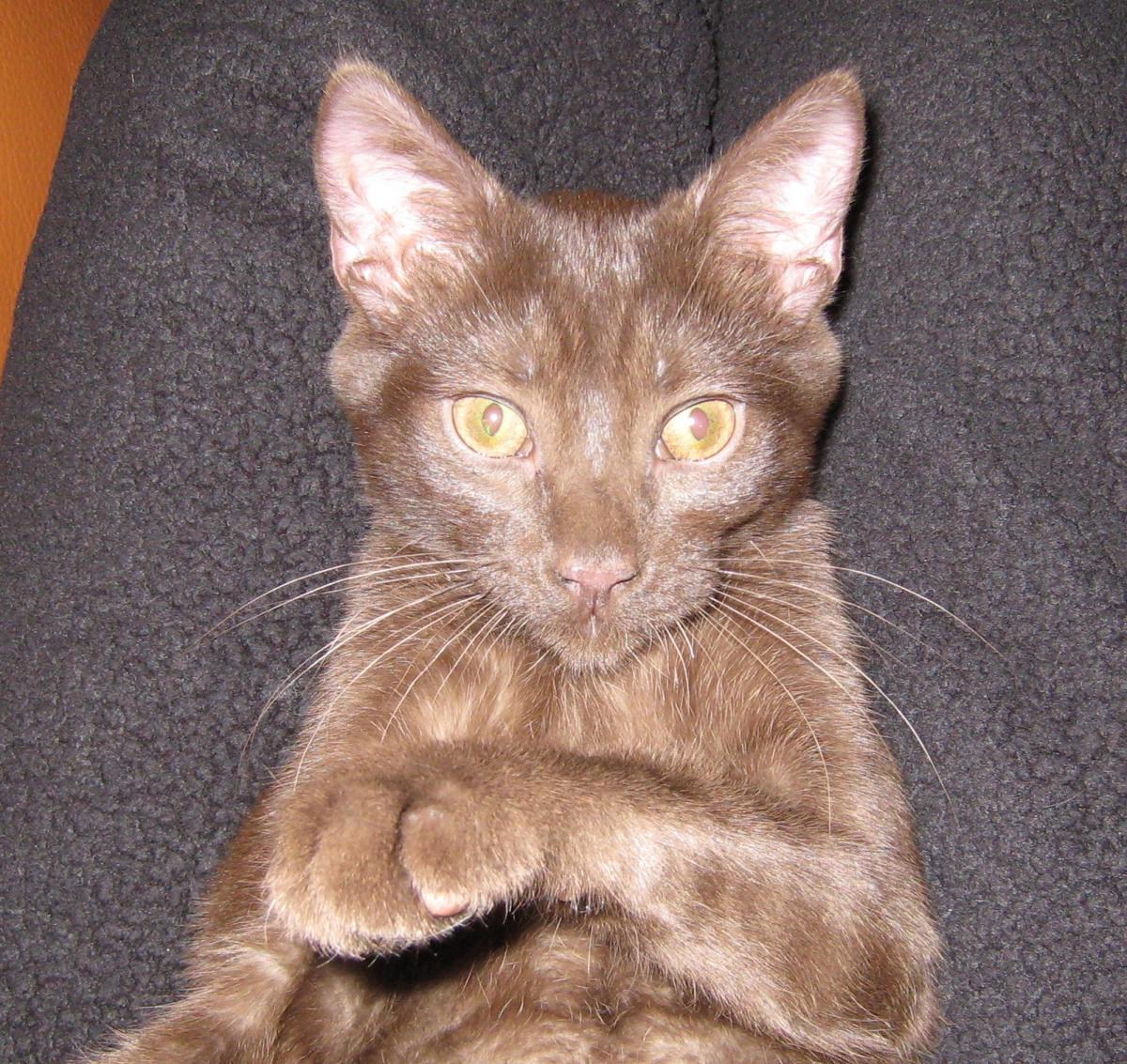 Here's Steve showing some attitude on Lynda's lap. From the research she's done, he may be a rare breed called Havana Brown. He displays many of the distinct behaviors shown in that breed. That includes fetching, chirping - not meowing, liking water, mink colored fur and a high concentration of curiosity.

Maybe I'm misinterpreting attitude for some type of cat like zen. 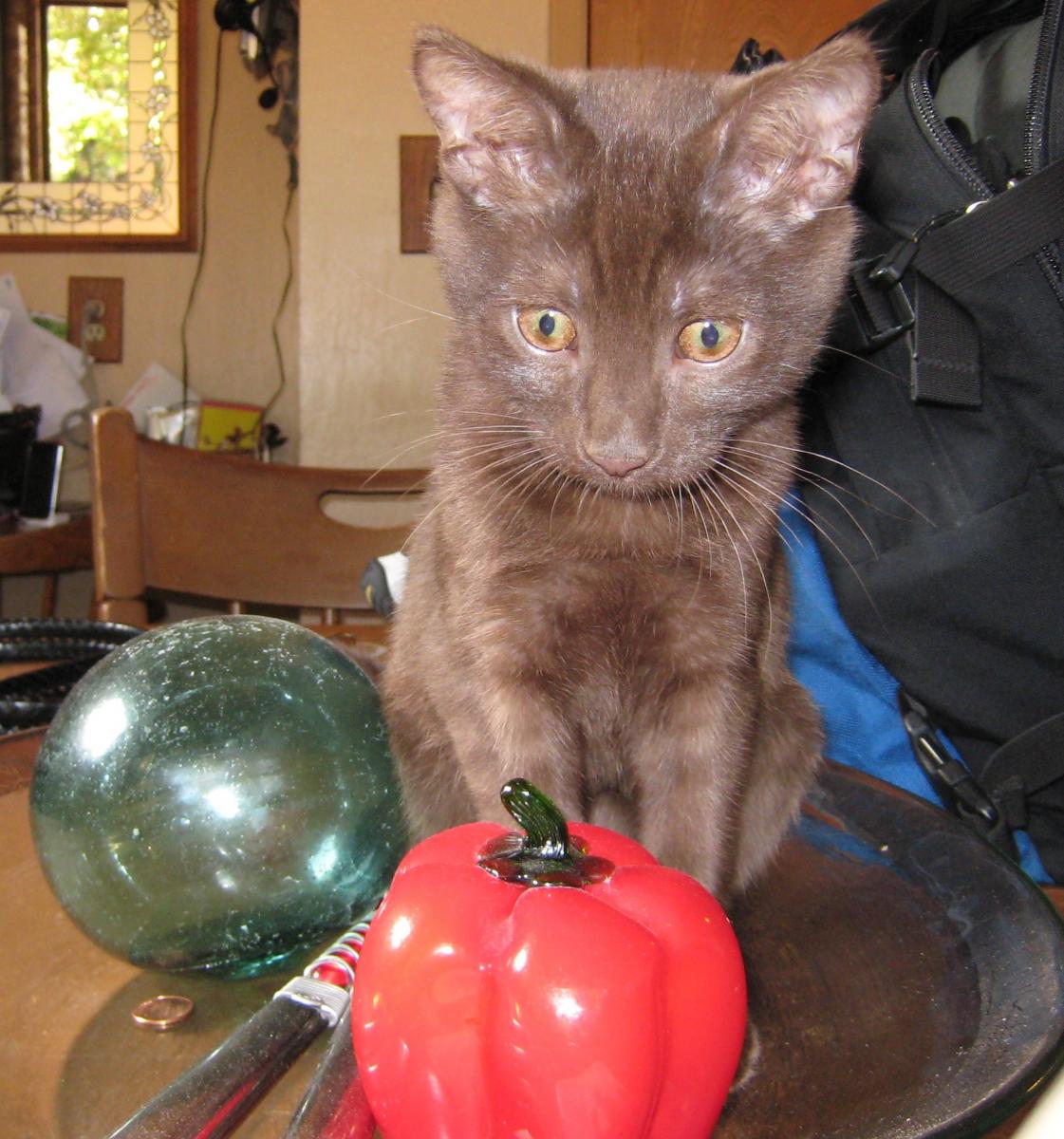 Here's the proverbial Steve and fruit shot. Ok, not fruit, but glass dodad's. Probably about 3 months old at this point.

The cat is Cute