The Story of 2 Alternators in my Porsche 996

In Feb 2016 the alternator failed in my Porshce 2001 996. My mechanic was on vacation. I used Mobile German Auto Works here in Santa Cruz. They replaced the alternator and evidently replaced the coolant bypass coupler. The repair cost over double what it cost to replace it the second time.
So I called Mobile German Auto Works. John said, "we'll warranty the part if you bring it back to us for the repair". Realizing how badly I'd been overcharged before, I decided to not go that direction but rather let my mechanic fix it and use this as a personal learning moment. Here are some learning lessons:
On June 29th, the dash lights started flickering on my way into work. I drove over to the mechanic. Bad alternator. Left the car, he fixed it the next day. Here's what he found.
The bracket that holds the coolant coupler wasn't screwed down correctly. It began to jam into the alternator. It then shorted the alternator. Not an alternator failure, but rather poor mechanical work that wasn't properly tightened back down. 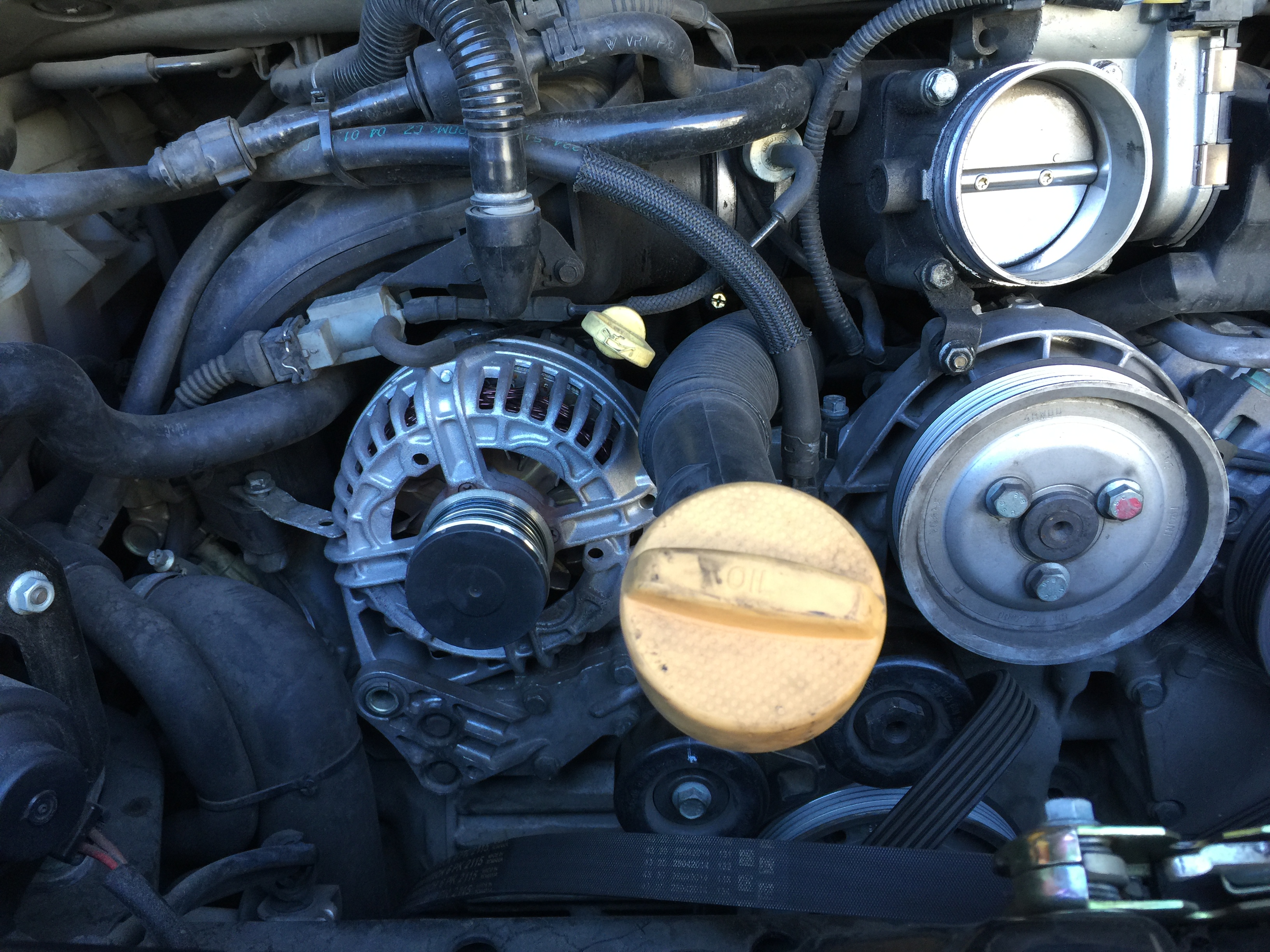 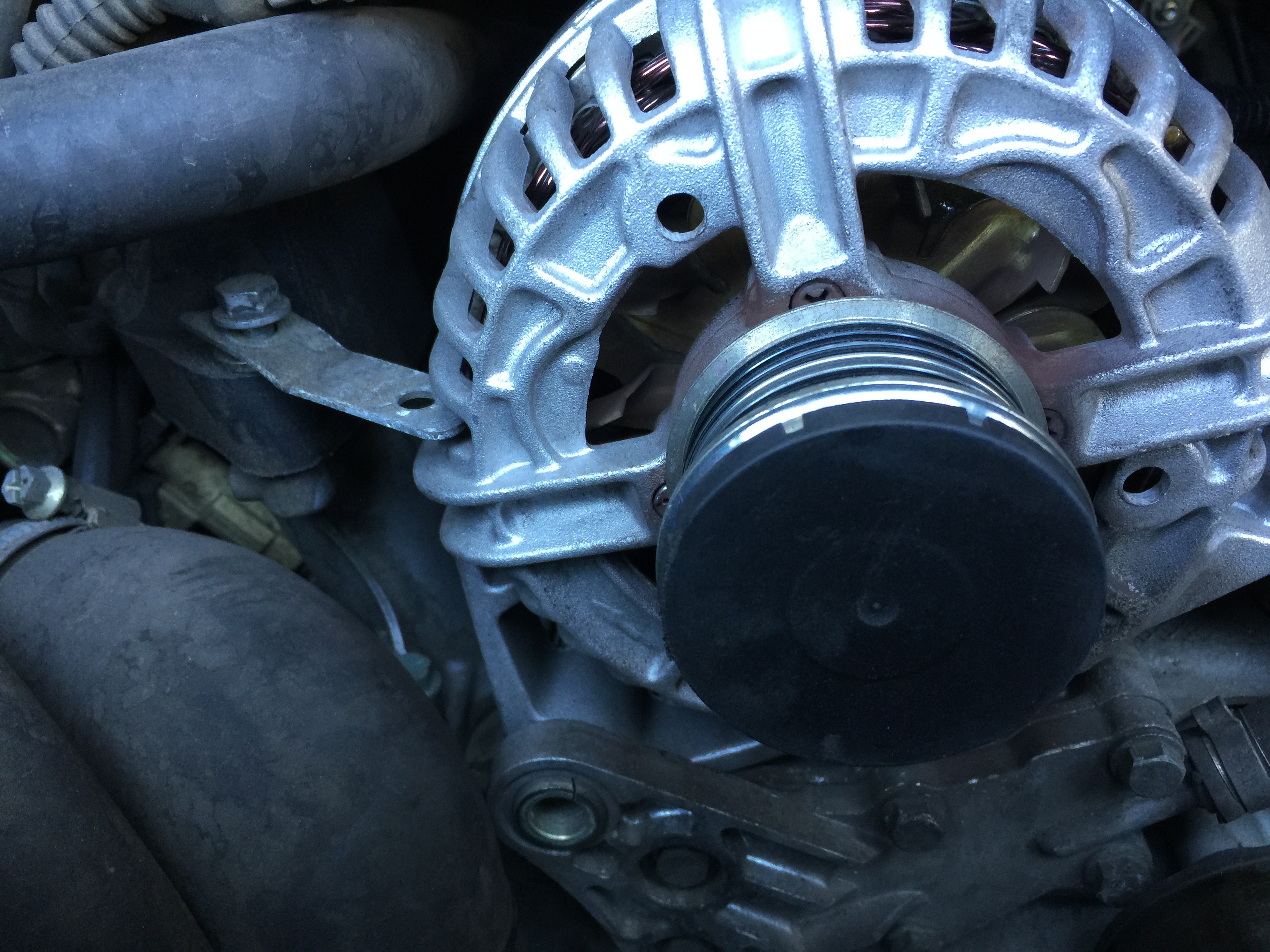