The Starting Line is a class held by the Sports Car Club of America (https://www.scca.com). After taking the Evolution School class back in October, I had been quite impressed with the level of instruction from the SCCA instructors. SCCA had a deal for $325 that included a year of membership and discounts on events. So I joined up.
We had about 40 students. I was the only Porsche. Lots of diversity in the cars from BRZ's and FSR's to father/son team with an old Nova to Mustangs and the requisite Miata's of various vintage.
My run group started on the skid pad oval to work on turn in points and braking. There were several lessons to lean and continue to improve upon.
Braking and Skid Pad
The phrase, brake like you mean it (really hard), continuing to look ahead for the exit point. One area I need to work on was at the exit point I was accelerating without unwinding the wheel fast enough. This leads to understeer. The trick I was taught was a little modulating (lifting, engine braking) on the accelerator to get the weight on to the front and getting the wheel unwound faster. That really cleaned up the exits for me.
I also found a few times through skid pad that as I braked hard that I also pushed in the clutch. I caught myself doing this on a couple of runs and then stopped.
The instructor (Scott Fraiser) also advised me to relax a bit; don't be white knuckled... I didn't feel tense, but in retrospect, I probably was too tight. That leads to jerking the wheel - something I'd been observed doing at the Evo School. But after a few runs, I did do some deep breathing prior to the exercise to start off autonomic relaxed and focused thinking and smoothed things out
Another lesson from the skid pad is to use the entire width (going wider) on straight sections to provide more time to accelerate.
Slalom Notes
We did some steady speed slalom work through 5 gates. I was trying to make too straight of a line through the turns. Getting to the backside of the cone is one thing to work on. The other I to create more of a sine wave through the turns.
Tasha suggested the following. Turn in in earlier and making a smooth turn in on the first cone is the key to getting the turns right for the rest of the gates. I was making some “extra” turns with slight movements after the initial turn was started. That needs to be one fluid motion.
When the hand gets to top dead center, start back in the other direction.
Drive the shortest course.
Don’t spill my coffee (or beer).
Drive more smoothly (be less jerky).
AutoX Course
In the afternoon the instruction was more course related. First was some explanation of courses, and what to be looking for in a walkthrough. After splitting into run groups, each driver got about 12 runs starting with instructors in the car, then me driving, then the instructor driving my car.
As we dissected the course, we were really combining slalom and sweepers into a number of elements. I got progressively better (although i continued to hit slalom cones) as we proceeded through the first 9 runs. I started at 38.6 and dropped down to 30.7. In my final 3 runs the course was getting a bit slick from rain. I ran 31.3, 31.6, 31.1 in the final 3. I was pretty pleased as was John Hunter who instructed me. 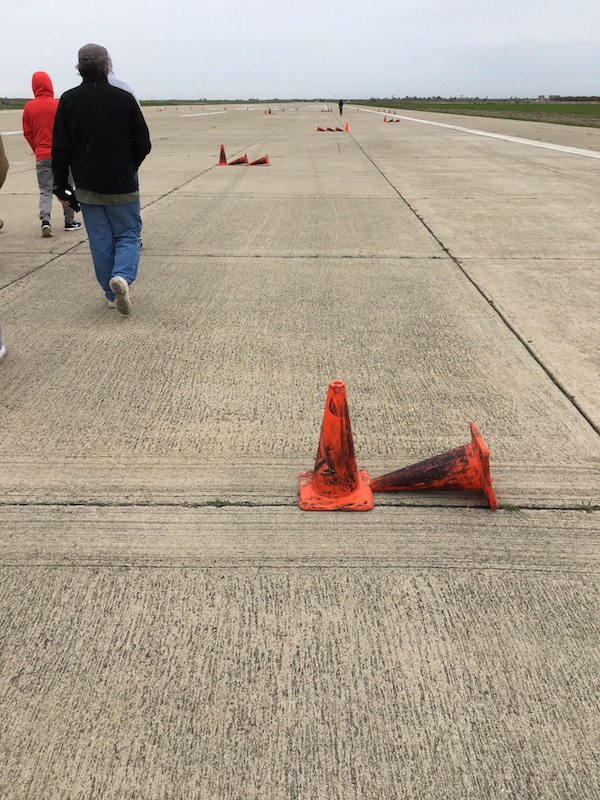 Note the "sucker cone". You'd think it was a cone to turn right, but actually the next cone set is the turn. This one is there to sucker you in (and it did a few times).
I would recommend this course for anyone looking to learn more about AutoX or getting a refresher. The amount of runs with an instructor is a very good value. Now I gotta get registered for an SCCA event and see how that goes this season.
Edit 040718 - There was a question that came up during the class that I'd forgotten about. It was along the lines of, "can a cone do damage to your car?". I hadn't noticed for a couple of days that I had some scuffing in the paint. On the one hand, I was purposely trying to learn how to do better at backsiiding and slalom. Anyway, a little clay luber from Chemical Guys took care of most of the issues. 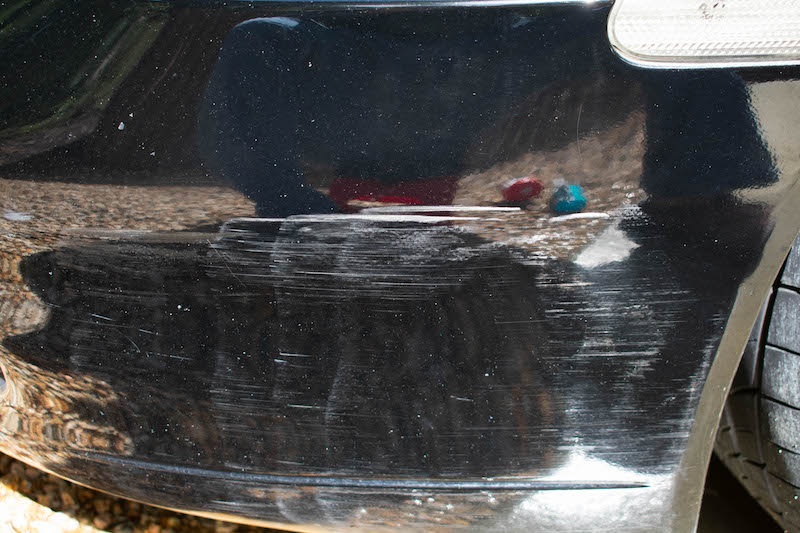 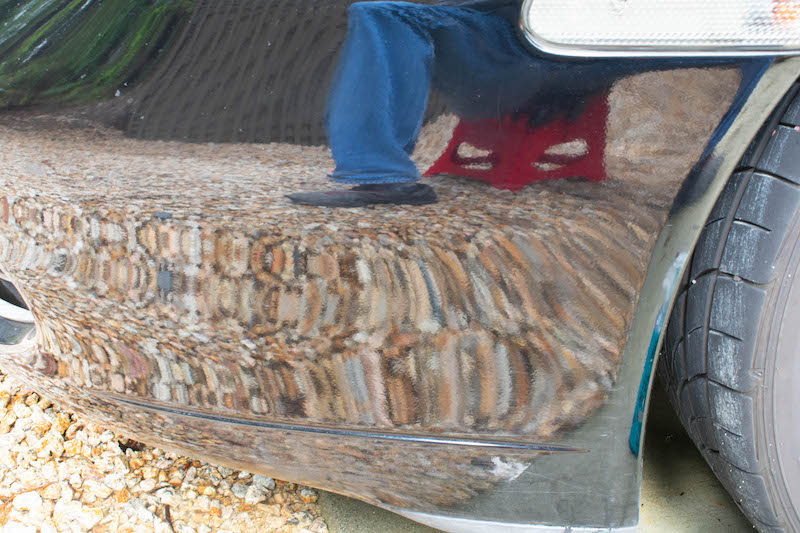